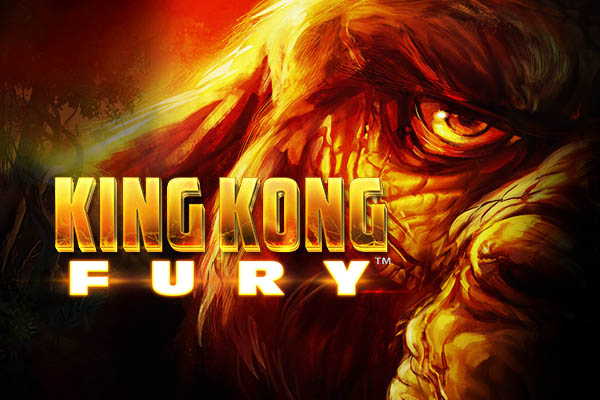 King Kong Fury is a colourful, exciting 5-reel online slot game with multiple features to boost your winnings. These features include the Lightning Reel that adds Beast symbols for big wins, Raging Re-Spins and Kong’s Call that is answered with added Wilds.

How to place a bet :

King Kong Fury features 50 paylines. The Line Bet displays your current bet per line. You can press the (+) or (-) buttons to increase or decrease your bet per line. Simply press the Spin button to submit your bet and spin the reels.

The Auto Spin feature allows you to play this online slots game automatically for a given number of spins at the current line bet for the 50 paylines. After selecting your desired bet configuration, press the Auto Spin button and choose how many spins to play at the current bet settings. Auto Spin plays the specified number of spins until the Stop button is pressed, a bonus is triggered, or the balance is insufficient to spin again.

King Kong Fury features 50 paylines. Payline and scatter wins are multiplied by the coin value. Scatter wins are added to payline wins. All wins begin with the leftmost reel and pay left to right on consecutive reels, except scatters which pay any Bonus that appears on reels 1 and 5 only. Wild appears on reels 2, 3, and 4 only and substitutes for all symbols except Bonus.

Free Games are triggered with any Bonus win, which occurs when 2 Statue Reels are displayed onscreen. The possible values on each Stature Rel are 3, 4, 5, 6, 7, 8, 9 or 10. The values spun up on each Statue Reel are multiplied to determine the total Free Games triggered.

More details on how to play King Kong Fury online slot game can be found here :

In the event of a discrepancy between the information on this page and the official game rules attached in the PDF, the latter shall prevail.