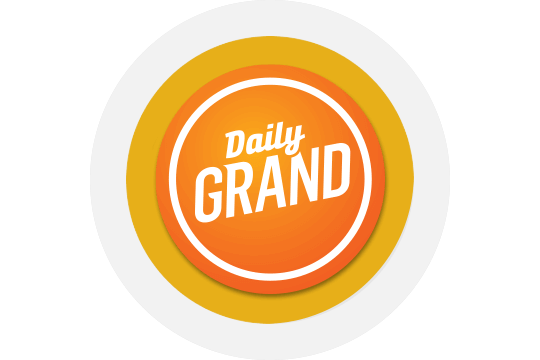 
Three Winnipeg colleagues are $500,000 richer thanks to a Daily Grand win on PlayNow.com.

Marc B., James L. and Peter P. had played the lottery together for nearly 30 years, so in early 2020 when the pandemic struck and it looked as though stores may close, they searched for a solution that would allow them to play without interruption. Marc signed up for an account on PlayNow.com, and the group moved their play online.

One morning in January, Marc received a voicemail asking him to call the Western Canada Lottery Corporation (WCLC) Prize Payout team back. He thought, “Did I win?”

He logged into his PlayNow account and found the answer: “What do you know, we did win! It was a very nice surprise,” he laughed.

PlayNow players receive a courtesy email letting them know of a lottery win, but Marc had not yet seen the email, so WCLC reached out directly to him to start the prize award process. After confirming the win, it was time to let his co-workers know. “James started jumping up and down!” Together the two called Peter; he didn’t believe it either.

The trio are each making plans for their share of the $500,000 lump sum prize. For his part, Marc plans to pay some bills, do some house renovations, and look into a new vehicle.

Congratulations Marc, James and Peter! Wishing you all the best.