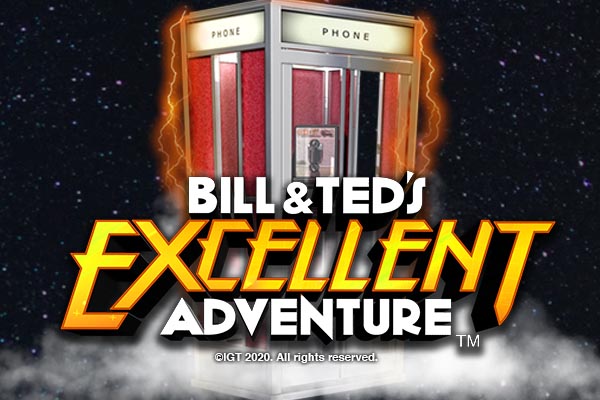 In Bill & Ted’s Excellent Adventure, Bill and Ted are about to fail history class in a most egregious way. If they do, Ted is getting shipped off to military school and their soon-to-be-famous band, Wyld Stallyns, will break up! It’s up to you to travel through time, bring famous historical figures to San Dimas High, and make sure Bill and Ted ace their final report – and save the future while they’re at it!

When Bill and Ted both appear on the reels, they may randomly team up to form their legendary band, Wyld Stallyns, transforming all Bill and Ted symbols into Wyld symbols for bodacious win potential. Trigger the Lock and Respin Bonus to hop in the iconic phone booth and travel through time collecting historical characters. The more characters collected, the better the history report – and the bigger the reward! No way? Yes way!